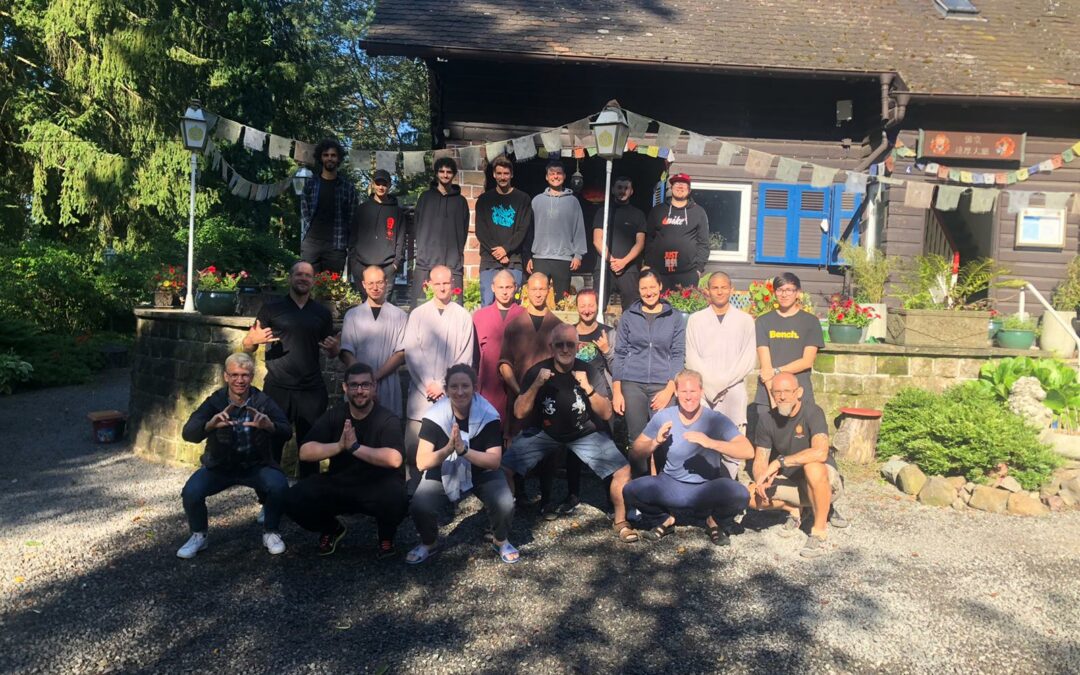 Shaolin – Temple – Europe: “Let go of the Drama in your mind”!

I am very excited. I’ve waited almost 1 year for it and now I’m standing at the gates of the “Shaolin-Temple-Europe” in Otterberg, in the south of Germany.  At the foot of a densely wooded mountain, with a view of a wide green landscape, the temple is picturesquely in an atmosphere of impressive nature and tranquility. The only gentle sound comes from the treetops swaying gently back and forth in the wind. The slight inner tension is already creating a peaceful mood. 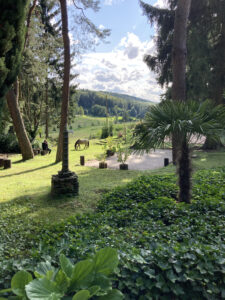 A young monk takes care of the necessary formalities with the increasingly numerous participants of the “temporary monastery”, such as the assessment of the “sports doctor’s certificate” and the signed participant declaration. Then it goes through the large red gate on the grounds of the monastery. We are 17 guests this week.

I move into a 4 – bed room. Martin comes from Switzerland and is an experienced martial artist. Aron is lying in the bunk bed underneath. Aron is the youngster in the room and, as a breakdancer, is also right at the forefront. Carsten comes from the city of Kiel and is next to me the second “Northman” in our four-person community. Everyone is drawn to the training of the Shaolin monks. But not only that: the Buddhist, Taoist and Confucian approaches generate a lot of interest.

Otherwise the group is very diverse. Not only are there “sports cannons”, also men and women for whom the athletic aspect is not so much in the foreground. 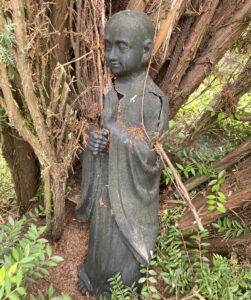 Then it starts: the first training is “rung in” with a gong. For some reason I think that today, on the first day, it won’t be particularly intense. That turns out to be a fallacy. I put on a T-shirt, my Qi – Gong cotton pants and my thin – soled indoor shoes, because I do not expect to have to go running. Not even close! The announcement is: We go for a jog!

Shi Miao Hai starts running. The “Disciples” (monks on probation) afterwards and we guests – rigid with shock – try to keep up with the crowd. The tar road goes downhill, turn left and up a mountain. My calves immediately report irritation. They are not used to that. My home area is totally flat, lying in the north of Germany, near the danish border. 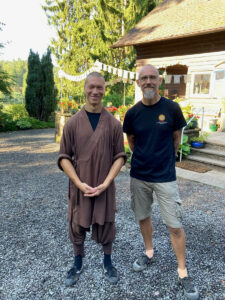 Then the group meets on the training field. The “heat” goes on. Stretching and Qi – Gong for relaxation. This is followed by exercises from the Kung Fu training program. Unusual movements for my lower body because almost everything takes place in a crouched position. In addition to the battered calves, the thighs are now also complaining: What the hell is going on here? 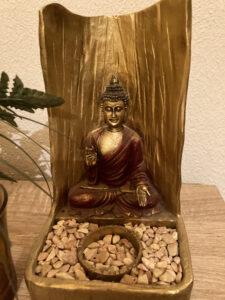 Then it’s back to jogging. This time I wear running shoes. And this time, after a short warm-up, we immediately turn left, up the slope. “Distance yourself from your mind. The mind wants you to stop. You are stronger than your mind!” Well … is that so for me? Is that so for us? Ultimately, we all reach the summit. Respect creeps in towards to those who are clearly hard to plow. Those who get up first are allowed to crouch as a reward, waiting for the others.  After 30 minutes we are back at our training field. I quickly change my shoes and therefore come a little late, which means 70 extra pushups. It’s not checked, but I’ll do it anyway, divided into 3 bites.

Then again constant “standing and moving in a crouched position”. Or so it seems to me. The body is crying. In the middle then a short break. Master Shi Heng Yi appears on the field and takes over the further training. He seems to notice the group’s efforts and says: “You have to see the whole thing like a game. Smile!” And again: “Let the drama out of your mind.“

On Wednesday Shifu (Shi Heng Yi) gives some instructions and comments on the training: “With Qi Gong and Tai Ji you get to know yourself. It is a path to freedom.” And further: “With Qi Gong you adjust your body. You get better in everything: swimming, cycling, golfing … sleeping, being awake, getting old.”

I sense what he means and inwardly I agree with him. This reflects my own experience. Physical ailments disappear, the range of motion increases and the mind becomes clear. The healthy, basically the normal state of “being human”  sets in (again).

But … and that’s “good news”: Change happens the first time you practice. You will immediately see which adjustment screws need to be turned. You can start “adjusting” immediately.

And: more and more mindfulness creeps into your everyday life. Mindfulness is the heart of all things. Here you will also find all the answers and all the decisions that are important in your life. The problem with thinking (brain) is, that there is duality there. Always “yes” or “no”, always “should I” or “shouldn’t I”? You run the risk of losing yourself. The mind always makes decisions based on concepts and what has been learned from the outside. Parents, school, culture, religion etc. The heart speaks to you from within yourself. Instead of “heart” you can also use the term “intuition”. 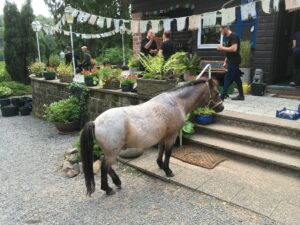 Apart from the fact that in the monastery there is no possibility to log into the World Wide Web and a telephone network is practically non-existent, the structured daily routine with its exercises, silence, meditation and the constantly present “introperspective” ensures a period of fasting Mind. The constant chatter of thoughts comes to rest. As a result, a “tidiness”, a clarity is (re) – discovered, the effects of which can be felt on all levels. Internally as well as physically. An intensive “house cleaning“.

At the beginning of the week, the abbot of the monastery sent all participants a clear and strong statement: “We are a Buddhist monastery here. We are not a kung fu school with an altar corner.” This statement picks me up right away and inside it elicits a joyful “Thank God”. A Buddhist monastery is about Buddha’s teaching. That’s what I wanted. I wanted to get an idea of ​​the symbiosis of the Buddha’s teachings and the way of the Shaolin monks. And? Mission accomplished? Do I get it? No, no! There is something like a fine taste on the tongue. There’s a shimmer in the heart An echo. The mind is tempted to shake words out of its sleeves. A pointless undertaking. What remains, is a smile inwardly and to be grateful for this week with the monks, the Shifus, the abbot, the charming kitchen fairy, the four-legged Buddhas of the community, the cats, the dogs , the two horses and ultimately my 16 brave “brothers and sisters” for these 6 days. 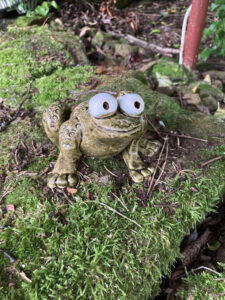 I’ll be back. Until then, I want to practice daily to avoid the destroyed calves and thighs. However, I am firmly convinced: the Shifu will find ways to corner me again, to guide me to the “point of no return” and then asks me with a mischievous grin: “Smile! It’s all just a game . “ 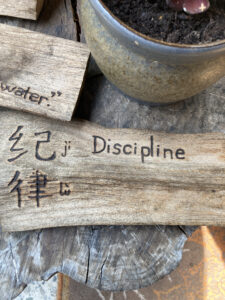 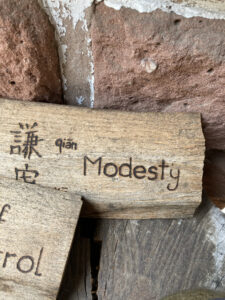 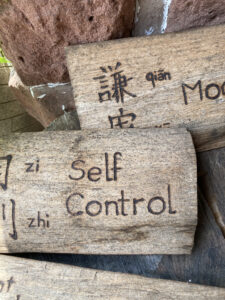 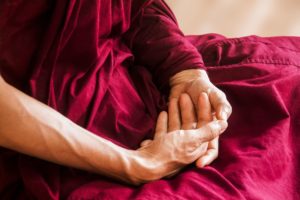 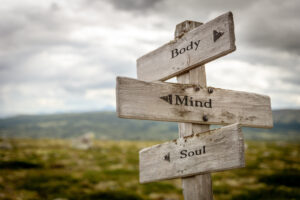 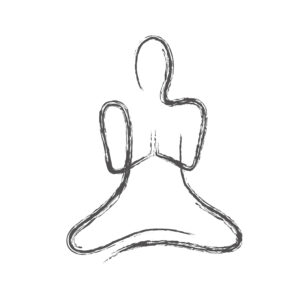 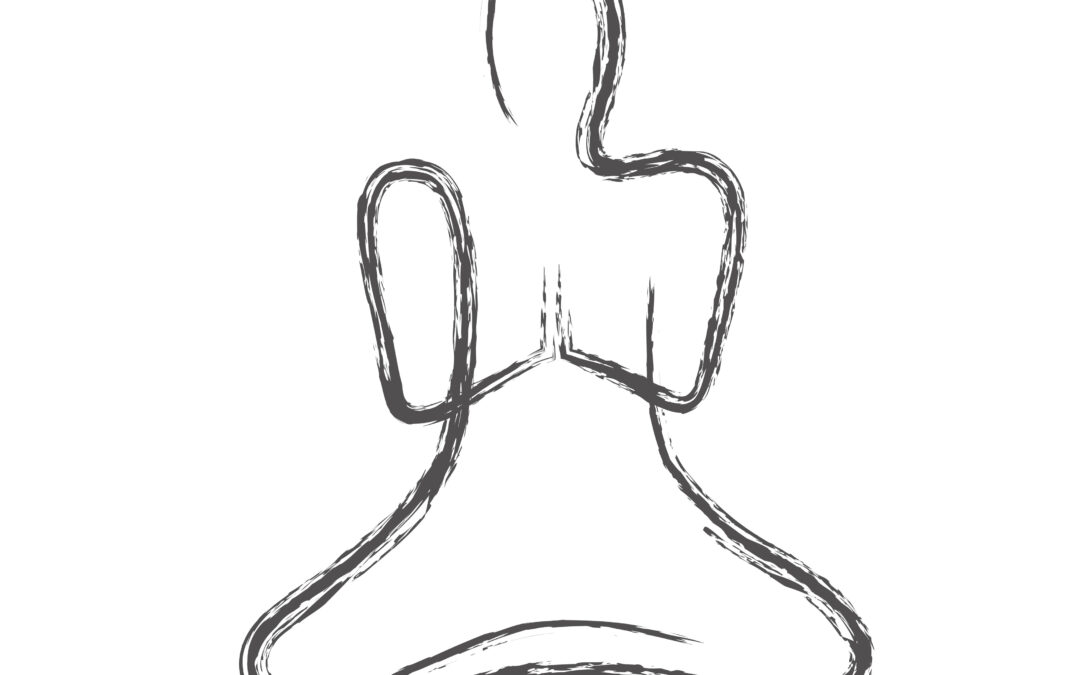 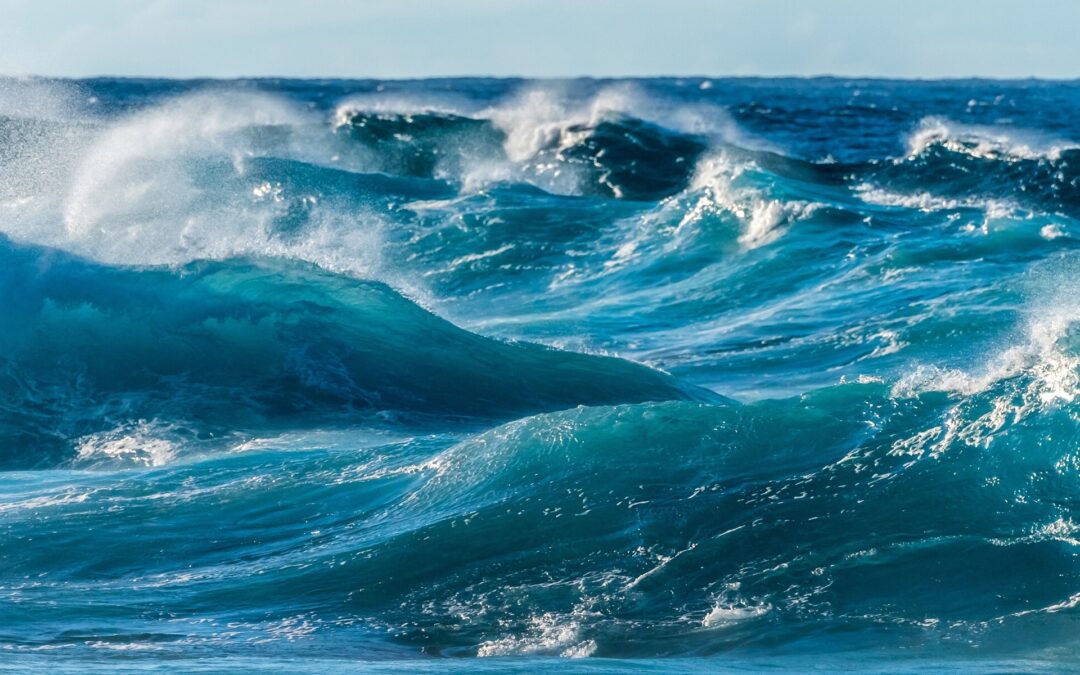 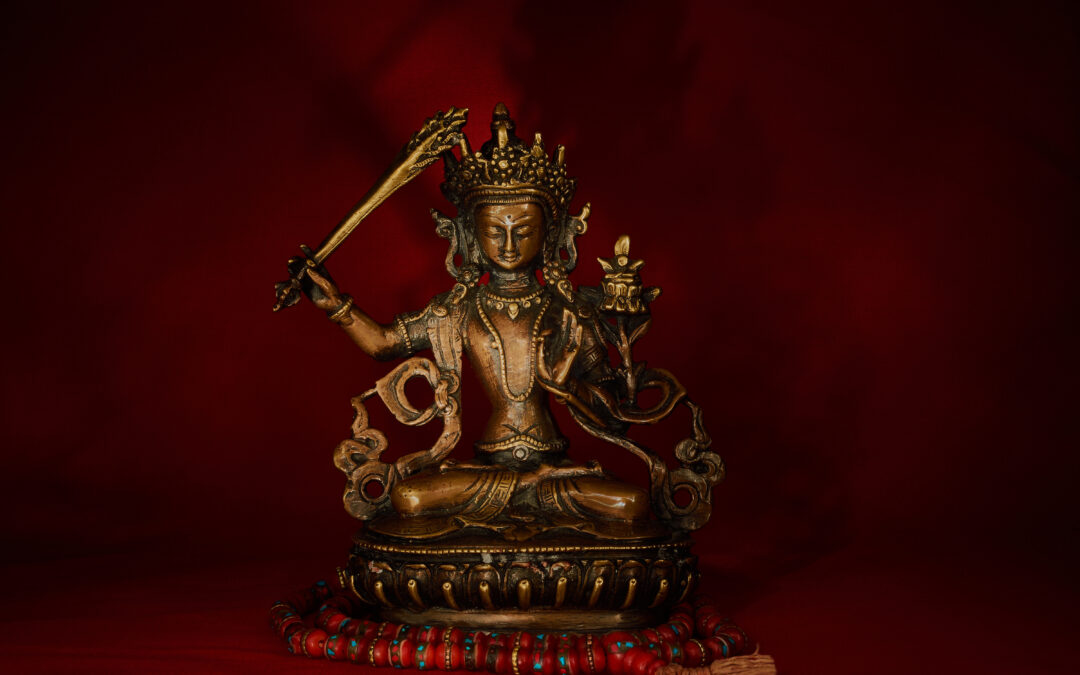 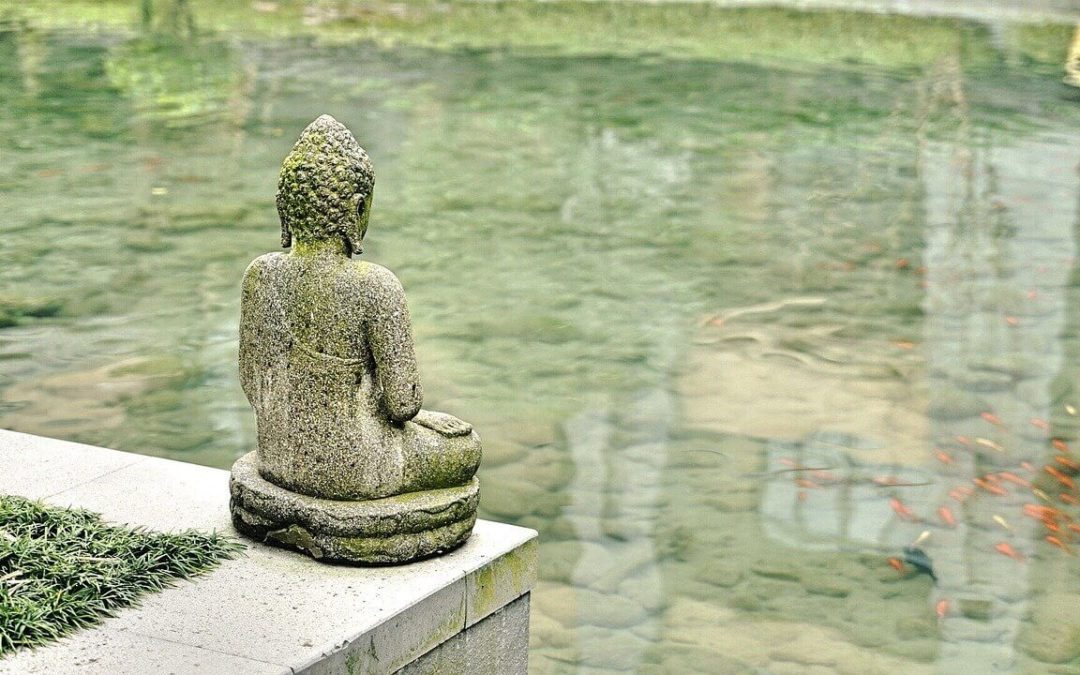